"The dust of ancient machines had fallen on the desert, and from that dust had grown strange abortive fragments. A wheel, a hollow tube, a rose with a coal-dark eye"

Literature, for me, is an important brick in the construction of projects. For the notes of surrealism in them weightily (but not always, for example, Garcia Marquez formed part of my creative skeleton) science fiction is responsible.

About 3 months ago (I am writing this text on September 13, 2022) I finished Robert Charles Wilson's Spin trilogy. I was very impressed with the image of Hypotheticals, someone or something with tremendous ability to interact with the fabric of space, and the laws of the universe. There will be spoilers next, I can't reveal the concept without them.

From book to book, people try to figure out who they are, transforming their image from artificial beings saving civilizations to the image of a god and creator who can give people eternal life. In the end, the Hypotheticals turn out to be the worst form of "god," a man-made ecosystem of bioprobes created and replenished by every civilization that ever existed. The Hypotheticals fed on information about the cosmos (collecting it from space ice and sending it to their creators). Over time, they became an ecosystem, devouring each other in the face of the coming scarcity of information. And to continue performing their function further, they themselves began to nurture civilizations, so that they, again and again, came to the need to create "universal gatherers" of information, which would subsequently replenish the ecosystem. And I speculate that eventually, the gatherers would dismantle the entire planet and all their creators for information. An endless cycle of self-reproduction for the sake of collecting data.

The entire second book is devoted to describing the process of downloading the information collected over a period of time on a single planet. Ashes of strange mechanical form fall from the sky, and then creepy brittle plants and flowers with eyes grow out of them. Eventually, an entire forest will grow, collecting information in this cluster over 10,000 years, and being uploaded to the central system. Impressive creep.

All this made me think of human knowledge of the world and how limited it is by peculiar processes of humanization and dehumanization. It is very difficult for us to see life in a life that does not resemble us. The less similar to humans, the fewer the organs we engage in social contact, the more inanimate life seems to us. How does a plant think if it doesn't think like us? How does it make decisions? How does it see the world around it? How does it communicate? This can and has already been deconstructed into biological processes. But sensually and through thought we can't imagine it, we can't realize or empathize, we can't become this plant, this tree, this fruit.

What if they had eyes and mouths like we do? And they would watch us by the millions and billions, turning their countless pupils after us. Whispering to us about their pain, about peace, about life.

Would we feel then how alive they were? What, perhaps, were they thinking of us? Or no matter how many times you change the conditions, we were, are, and will remain the same bioprobes, the same Hypotheticals, transforming and using everything around them for one single purpose - to collect more and more data? I want to joke about how soon we will begin to breed other civilizations to reproduce us again and again? But it seems like we already have.

I called this series "Observers" and originally intended it to be adapted into a tattoo. Our bodies are the perfect canvas to carry our thoughts, ideas, anxieties, and views on. Therefore, each work in this series is both a drawing on paper and a future tattoo on the skin.

I don't see an end to the edge of this series of works. Just think of how many plants live in the world. And I play a game where I capture one of them, humanized by sight or voice, as if I were keeping a list of them all, giving them a serial number.

"Sulean saw the decaying evidence of that infall. The machine-drawn cart passed close to a clump of dried and decaying… well, things, was the only word Sulean could apply to it."

Artwork comments
Share your artwork
How to scan a QR Code 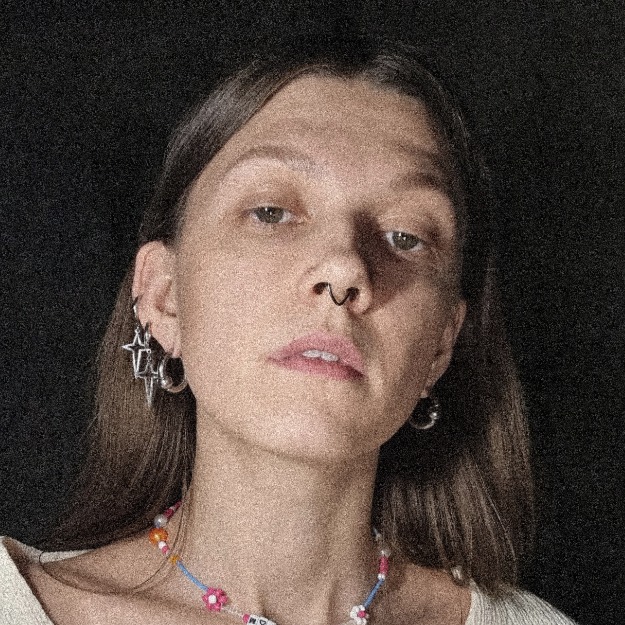