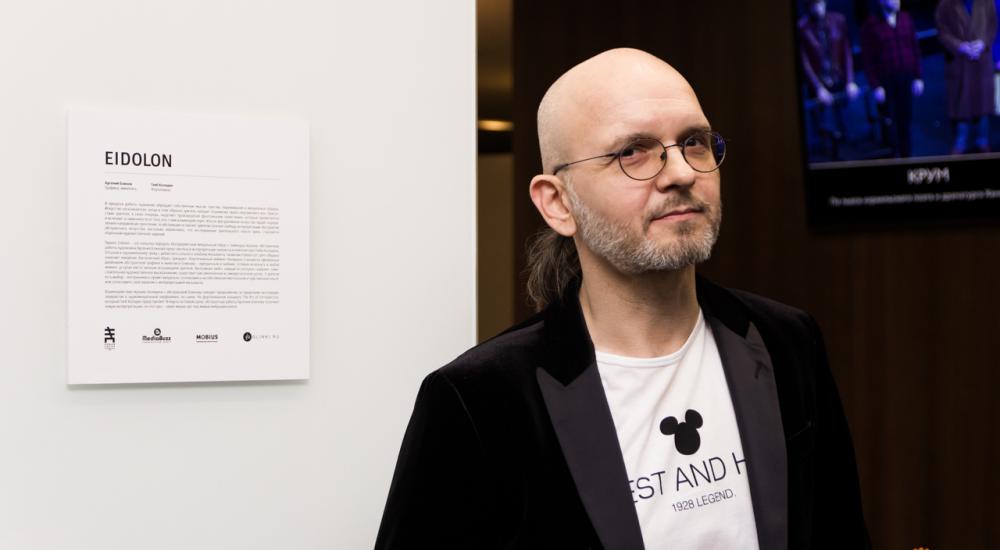 Arseny Blinov is an artist and art director of major brands in the past. We talked about how his path in art began and how the designer background influences the artist's painting.

You have been the art director of major publishing houses and the fashion brand Love Republic for many years. You have been painting since 2010. What came first: love of painting or love of design?

It's hard to say, to be honest. I have been painting for a long time — I had a classical path. I studied at art school, then at school 190 at the Fly, where I was already painting in oil. And I enrolled in information design. In my first year, I had my first exhibition, then computers already appeared and I was very fascinated by this story. I quit painting. It seemed to me that it was necessary to invest all creative forces in computers and graphic design, and easel painting is already some kind of last century. Everything is done and what else is there to do, in general, boring. I graduated from Muha and worked as a professional designer in various magazines: Time Out Petersburg, Kommersant.

So you were engaged in graphic design?

Yes, I, for example, made magazines. In the 90s there was a real boom of magazines, it was a very fashionable story. Many design magazines were being made in Russia at that time, both in St Petersburg and Moscow. Now the Internet has replaced printing.

How did your career as an artist begin? Maybe there was some turning point from which you decided to go back to painting.

I was working at the Merchant. At some point, I began to lack creativity. The computer was a very interesting story at the stage of development. It was clear that the computer was just a tool. And, as it turned out, this is an imperfect tool. The resolution of the monitors is small, it is impossible to create expressive things like on canvas. There were not enough giant monitors with good resolution. The pencil turned out to be a much more complex tool. An ordinary graphite pencil and an elastic band. Design is always connected with the order, and it is difficult to find a good customer, especially one who would give you creative freedom. Therefore, in design, the creative component burdens the customer. Design is an applied art, and is more aimed at solving marketing problems. I began to miss the creativity.

And your first exhibition happened?

I made my first exhibition after the break, working at Kommersant, it was related to photography. I found my …