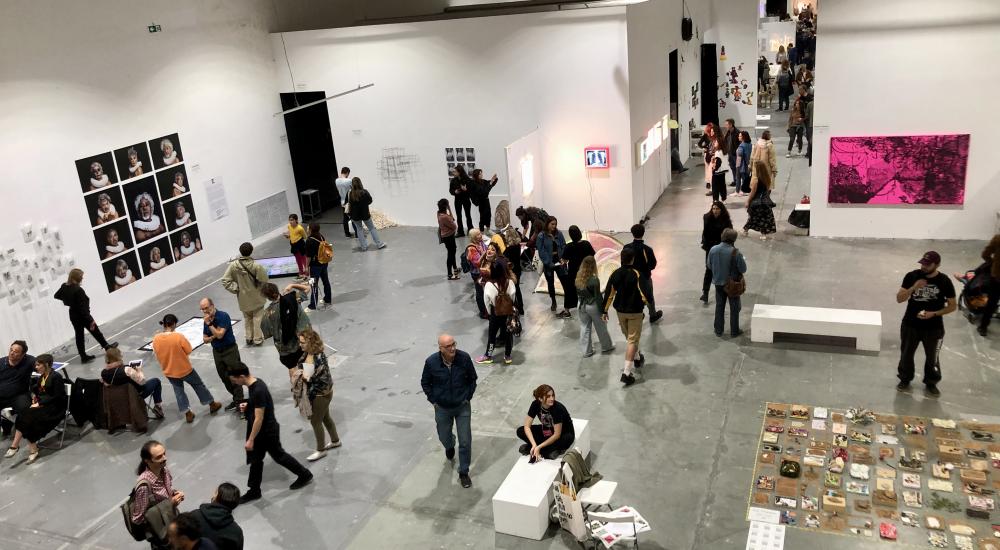 Stands or platforms, where art teams present their works resemble subway platforms: people come and go, space pulsates, lives and moves, and everything happens "here and now". So the exhibition becomes a platform for experimentation and the search for solutions.

Curatorial selection is performed by the organizer of the project, artist, and curator Artemis Potamianou, however, the presence of curators on the platforms is also welcome. This year, 62 platforms with more than 800 artists from 26 countries took part in the project.

It's worth mentioning that Platforms Project is the art of "here and now": this is confirmed by a large number of performances. The topic of ecology is still relevant - the relationship between man and nature, the human body - overt and hidden sexuality, social issues - the themes of national identity and migration, rethinking cultural heritage in modern realities.

Let's talk about some of  the most interesting projects.

The Pandora's Box project is a reinterpretation of mythological history, its symbolism, and the associations that this story can bring to today. The installation frames 6 photos, one from each member of the team, which make up a well-known story.

The myth says that Zeus took revenge on Prometheus for stealing fire from Olympus by giving the Pandora he created to Prometheus' brother. Pandora opened the vessel left in his care by the misfortunes that came into the world, and although she hurried to close the vessel, there was only one essence left in it, which can simultaneously be translated as "hope" or "deceptive expectation". In the modern era, this concept has begun to play the role of an idiom meaning "a source of great and unexpected troubles."

The container mentioned in the original version of the myth was a large storage vessel (we see it in the center). What kind of misfortunes are artists talking about today?

Maria Zygomala talks about the problem of bullying among children, Alexandros Voutsas – "sentences" to an electric chair made of an easel, and this is most likely about the importance of honesty in art, Flora Zafeiraki describes the suffering of nature from human acts, Spyros Delalis talks about Golgotha, to which a woman who has been abused goes, Stefania Tsoupaki he talks about the power of money and the inhumanity and despotism that those who crave it are ready for, and finally, Terina Chiourea talks about the horror of losing a home.

So each of the photographers consciously and with attention to detail talk about what lessons we could learn from identifying these sins so as not to fall into them in the future. 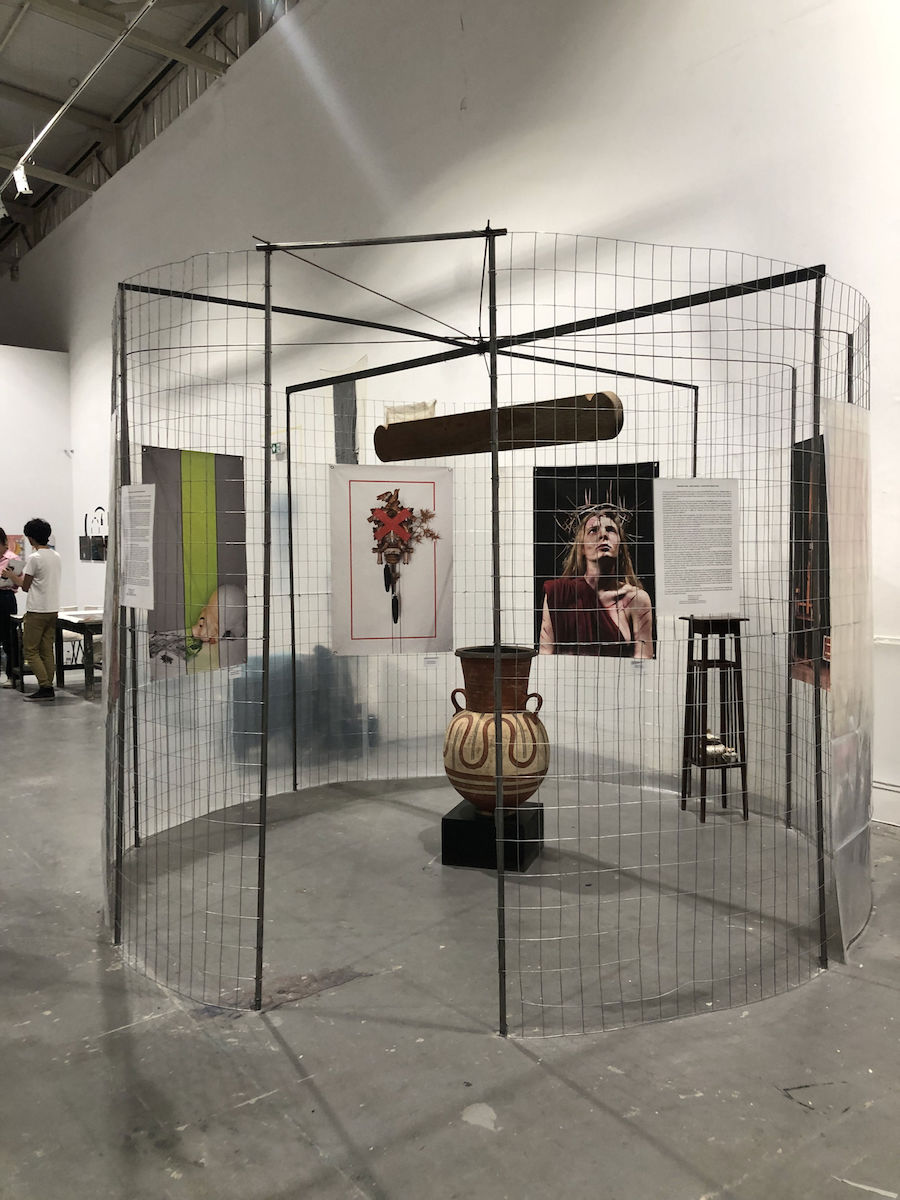 The collective of the platform called "Ins All", which includes Austrian and Greek artists, presented a project about life and death, about hope.

The performance "Cleaning" by Evelyn Wallner-Papadopoulou from the Guardian Sheep projectabout the memory of the victims of the Holocaust in the Greek town of Chortiatis in 1944 (the story is known as "The Chortiatis Massacre"), and her work "Battlefield, scratched by horse teeth".

Konrad Kager's work JOIN LIVE is an imitation of street posters, a call to join life and, perhaps, change it or to start your life new or different. Many years ago, the artist found a broken Mercedes star, which became the basis of this project as a protest against capitalism. The message ends with the …

Interesting?
Reading the full article is available for registered Artocratia users. Login to the platform and get unlimited access to interesting materials about art.
Niki Zahari
месяц назад
Τζούλια Συσάλοβα Σε ευχαριστώ πολύ!!!για όλη την συνδρομή, βοήθεια, και Αγάπη!!!!! Στις φετινές Platformce protect 2022
Eirini Pagoni
19 дней назад
Julia Sysalova, thank you very mutch, for your support in the "platformce project 2022" in Athens, and for being with me, in all my projects for more than 10 years.
Share the news